Search our articles
You are here: News » Archived News » The BITA Manchester and Leeds Lunch 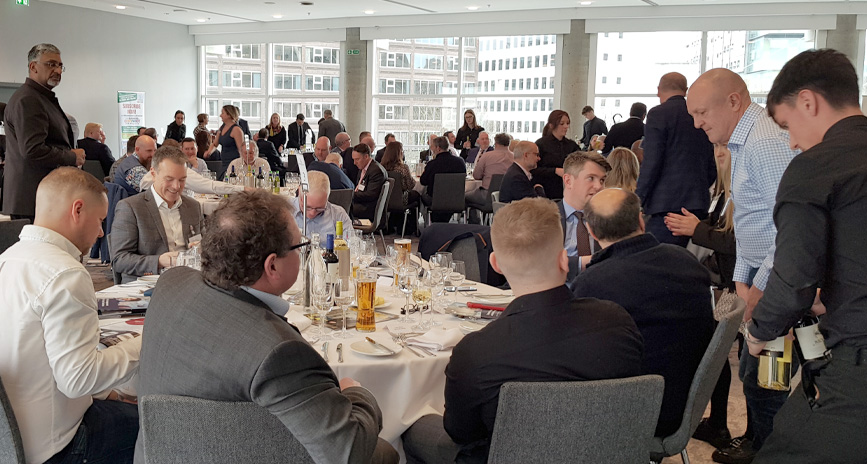 The beginning of March saw the Leeds and Manchester chapters of the British and Irish Trading Alliance (BITA) back to the Lowry Hotel in Salford. The event brought over 120 business leaders and decision makers from across the UK and Ireland together, and was sponsored by ourselves, Business Connect Magazine, Net Hub and pib Risk Management.

The event started just before noon with networking in the bar on the mezzanine level of the hotel. We had a chance to network and find out more from the sponsors who had set up display areas. We were then called in to the conference suite to take our seats and listen to a number of speakers before luncheon was served. First to speak was Paul Whitnell, President and Founder of BITA, who welcomed the room and asked for a minute’s silence to reflect on the terrible war taking place in the Ukraine. Next to speak was Robert Armitage from sponsors pib, who described the work he did helping convicted prisoners turn their lives around, also the work pib do within the risk assessment sector.

The second sponsor, Tim Ternent, is also the Chair for the Manchester chapter of BITA, and when he took to the rostrum he spoke both about the work BITA does, and also introduced Net Hub – his new online platform for bringing businesses together – which would be rolling out across BITA over the next few months. We then enjoyed the first course of the luncheon. Straight after, the 3rd sponsor Paul Mirage from Business Connect Magazine took to the stage, describing the importance of working with BITA (Paul is a board member), and how aligned the organisation is with the principles of Business Connect Magazine, which he described in more detail. We then heard from Bridie Cunningham, BITA’s London Chapter Chair, and Director of Portman Scott Recruitment Agency, where she reviewed labour shortages in the Construction sector, and the role of BITA as lobbyists to see real change in the sector.

Following the main course and a reminder of the many opportunities the organisation offered their members from Laura Watkins, Communications and Events Manager from BITA, we were introduced to Figen Murray, who had recently been awarded an OBE in recognition of the work she has done in counter-terrorism. Figen lost her son Martyn to the terrorist bombing of Manchester Arena killing 22 in May of 2017. From there she has dedicated her life to campaigning for Martyn’s Law to be made law – an act to safeguard public places from potential terrorist attacks. She described the catalyst that put her on this path. Having been to a concert in 2019, she was shocked no-one was searched. She then started a petition, gaining 23,000 signatures, and it was this that springboarded the work creating Martyn’s Law, which would make it a legal duty for all venues to provide security in the wake of the Arena bombing.

Having gained a Master’s degree in counter-terrorism, and also tirelessly given talks and speeches promoting the proposed act, Figen delivered an impassioned and gripping talk on the work she has done and how she has been motivated, receiving a standing ovation from the audience. For more information about Figen’s work with Martyn’s Law visit: figenmurray.co.uk 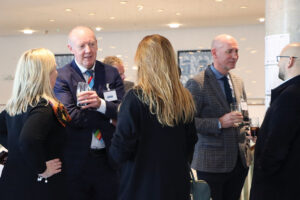 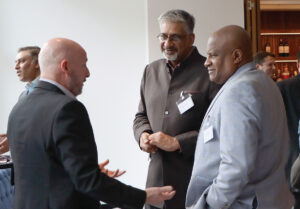 Upsides from the Covid-19 pandemic

Although the upsides to lockdown have been few and far between, one is that people have become experts...