Search our articles
You are here: News » Archived News » Living the pipe dream for 25 years

Living the pipe dream for 25 years 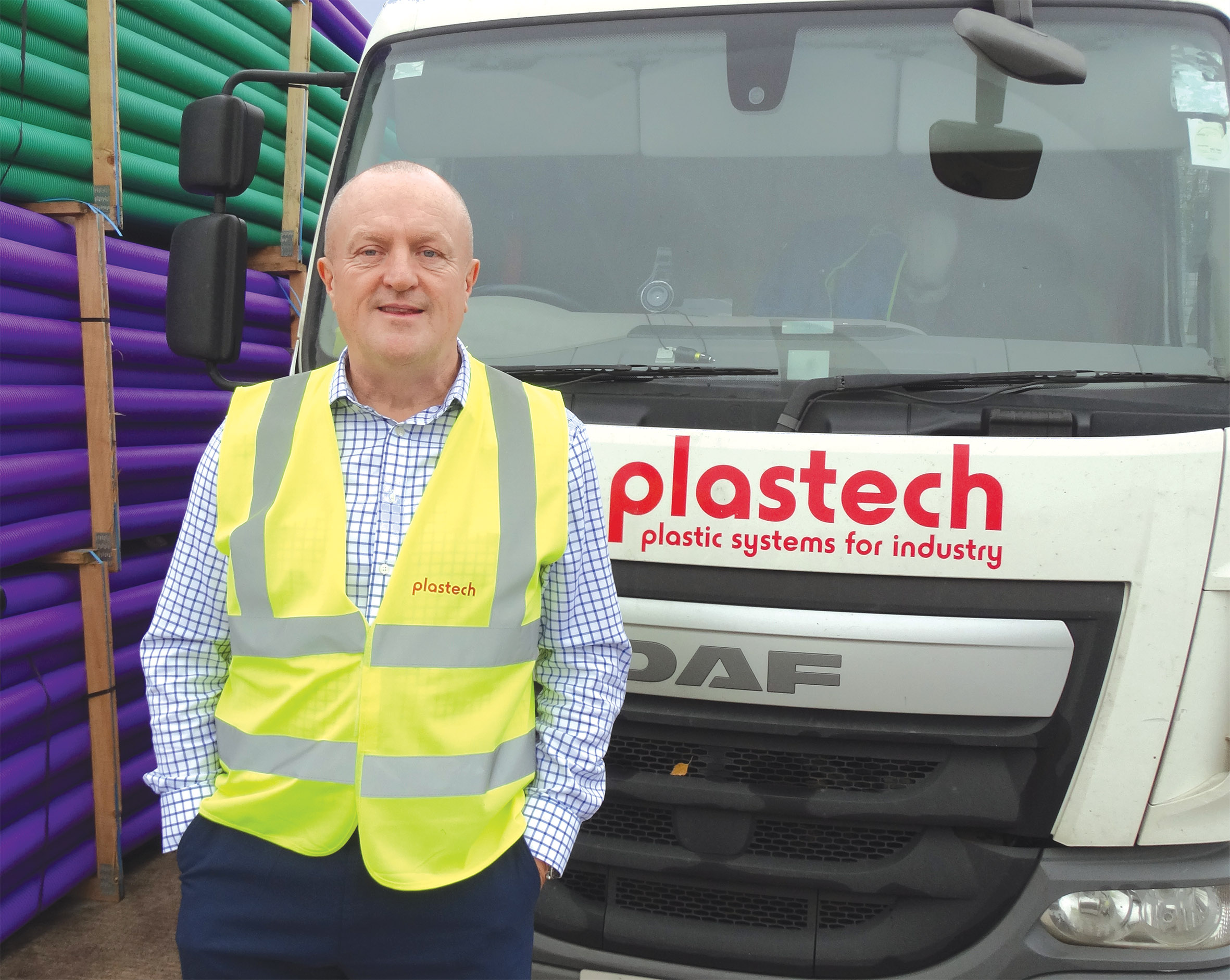 Business Connect have always been interested in stories looking at how successful businesses have grown from humble beginnings. The story of Plastech is no exception. Now celebrating 25 years in business and distributing from outlets around the country, director Paul Quin shared a history with us of his company’s growth through thick and thin:

“Plastech began trading in February 1997 with myself and fellow founding director Cliff Lloyd. We had known and worked with each other on and off for the previous 10 years, and we both had experience of internal and external sales roles within the Construction sector. We had always spoken about one day setting up in business for ourselves. Over the years we had been in jobs where we felt our talent and hard work hadn’t been appreciated by our employers. We were also frustrated with the meagre wages being paid for what we knew were very difficult roles.

“Whilst working at a company in Leeds we decided that we’d put our life long dream into action and went about speaking to suppliers and customers that we knew well, trying to gauge which ones would support us when we set up a new company. This was mid-January 1997, and roughly a fortnight later we both got a call from head office to say that the word had got back through the industry about what we were up to and we were both sacked on the spot.”

Not the best start to the new year for either of us who at the time had mortgages and young families to provide for.

“After failing to secure any funding from any of the banks that we approached, we both set about trying to raise capital to get the business going. Cliff got a loan of £1,500 from his elderly mother which was basically her life savings, and I went to the cash machine with my credit card and drew out £1,500 in cash. These were big amounts of money at the time for both of us, so there was no room at all for error.

“We secured a small yard from one of our business contacts, and with the little money that we had, we were able to hire a small cabin and get the telecoms and electricity connected. We were also able to source a small pick-up truck to be able to send deliveries out. After calling on a couple of good friends to give us credit facilities, we were able to start stocking the yard with a minimal amount of products and also made frequent collections on an ad hoc basis from whoever would supply us.

“We had also struck a deal with an invoice factoring company at the time to help with the cashflow, but within six months we had hit our borrowing limit and were unable to get an uplift in the borrowing facility at the time, which really impacted on our cashflow. We needed to change factoring companies quick – but had more bad news from the factoring company, that they would be looking for £3,500 compensation for termination of contract!

“Plastech approached Griffin factors at the time, who were part of the Midland bank group (Now HSBC) and were able to get the support we needed in terms of an increased borrowing facility with enough headroom to enable short term future growth. Also HSBC agreed to pay off the termination charges from the previous factoring company, which was a huge relief to both of us. Needless to say, Plastech is still working with HSBC to this very day and has always been very pleased with the service levels from them, they have supported the business brilliantly at every stage of the company’s development. We eventually managed to make a small trading profit in the first year of the princely sum of £140, after all the overheads had been paid. Together we managed all aspects of the business in the first year, employing a part time driver to help out with deliveries on really busy days. The second year proved to be a defining year for us as we made a tidy profit of £70k, providing the springboard that we needed to elevate the company to where it is today.”

“2019 was another landmark year for the company in which Cliff took the decision to retire at the age of 65 and so we did a deal to buy his shares and I became sole director. I remember the meeting with our accountants in November when the paperwork had been signed and cheque handed over. They congratulated me on the takeover and asked me “So Paul, is there anything you can foresee that could possibly de-rail the business? The business was doing well at the time and I remembered answering “No not really, unless the world stops spinning and everything falls off the edge of a cliff…”

“When Covid 19 arrived, the world did indeed stop spinning and everything did fall off the edge of a cliff. After the initial shock and mass exodus of staff for various Covid-related reasons, the company was left with a skeleton staff of brave souls who wanted to carry on working rather than going onto furlough. Expecting the orders to dry up, we made plans to fulfil all existing orders, which was about three days work and then furlough the rest of the staff. That was the plan upon leaving work on the Friday night and I had expected that the covid situation would only last for a month or so… how wrong could a person be!

“Anyway, I had decided to set my alarm on the Monday morning just to go in and tidy up a few quotes and suchlike in the office, making sure that the outstanding deliveries were sent out, but surprisingly found that the phone started ringing and more orders had started coming in – and then more and more, until we were fully booked on deliveries, stretching well into the following week. We started receiving calls from companies that we’d never previously done business with, all looking to place orders as they were struggling to get supplies. Apparently, most of the national builders merchants had decided to close their doors and had stopped trading for the foreseeable future, so there was now a massive gap in the market and it seemed that everybody was calling Plastech looking for materials.

“With the help of our fantastic workers, we were able to restructure the business to have all the furloughed sales staff working from home, picking up incoming sales calls and processing them onto the system for delivery. Little by little, some of the staff started to return, and with our most vulnerable team members working from home still, we managed to keep going and in fact, 2020 became the best trading year ever for the company with a turnover of just short of £10 million! I consider myself very lucky and blessed that the construction industry was allowed to carry on trading throughout the pandemic, even though it was forced to change many of its working practices. Things could have been very different if the company had been forced to close for 12 months or more.”

The year to date…

“2021 has been challenging as well for the business, with world-wide shortages of materials, and again the company has been very fortunate in having many fantastic suppliers that we have relied on over the course of the year. I would like to extend my sincere thanks and gratitude to all those companies who have supported Plastech so fantastically over the past years, especially the last 18 months, we are eternally grateful to you all!”

Despite all the ongoing problems we are set for another record-breaking year in 2021, with an increase in turnover from £10 million in 2020, to around £14.5 million this year. This is thanks to our fantastic team and I’d like to thank them for such an outstanding effort, they have all been unbelievable. The industry is still not out of the woods in terms of material shortages, but there are encouraging signs that things are starting to ease a little and I’m hopeful that things will return to normal sooner rather than later.

“It has been a wild rollercoaster of a ride over the years with many bumps on the road, but Plastech celebrates its 25th anniversary year in 2022 going from two staff working from one depot in 1997 with very little money or room for error, to a thriving business of 45 staff, operating from three locations – Wigan, Doncaster and Shrewsbury. Building a successful business has been down to fantastic staff, suppliers and business associates who have supported us over the years and they all have my sincere and heartfelt gratitude.”

Plastech are specialist suppliers of underground plastic pipes as well as a diverse range of plastic products for the construction, civil engineering and agricultural sectors. They have sites in Wigan, Doncaster and Shrewsbury, and deliver nationally. 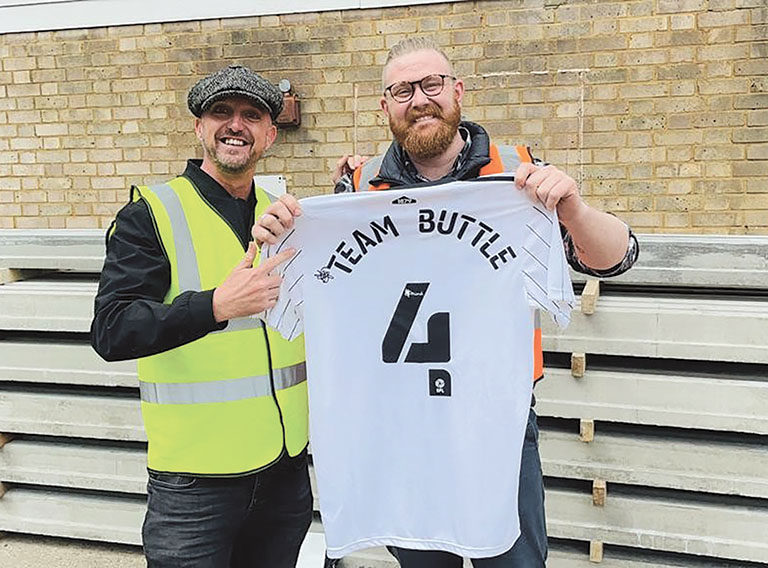 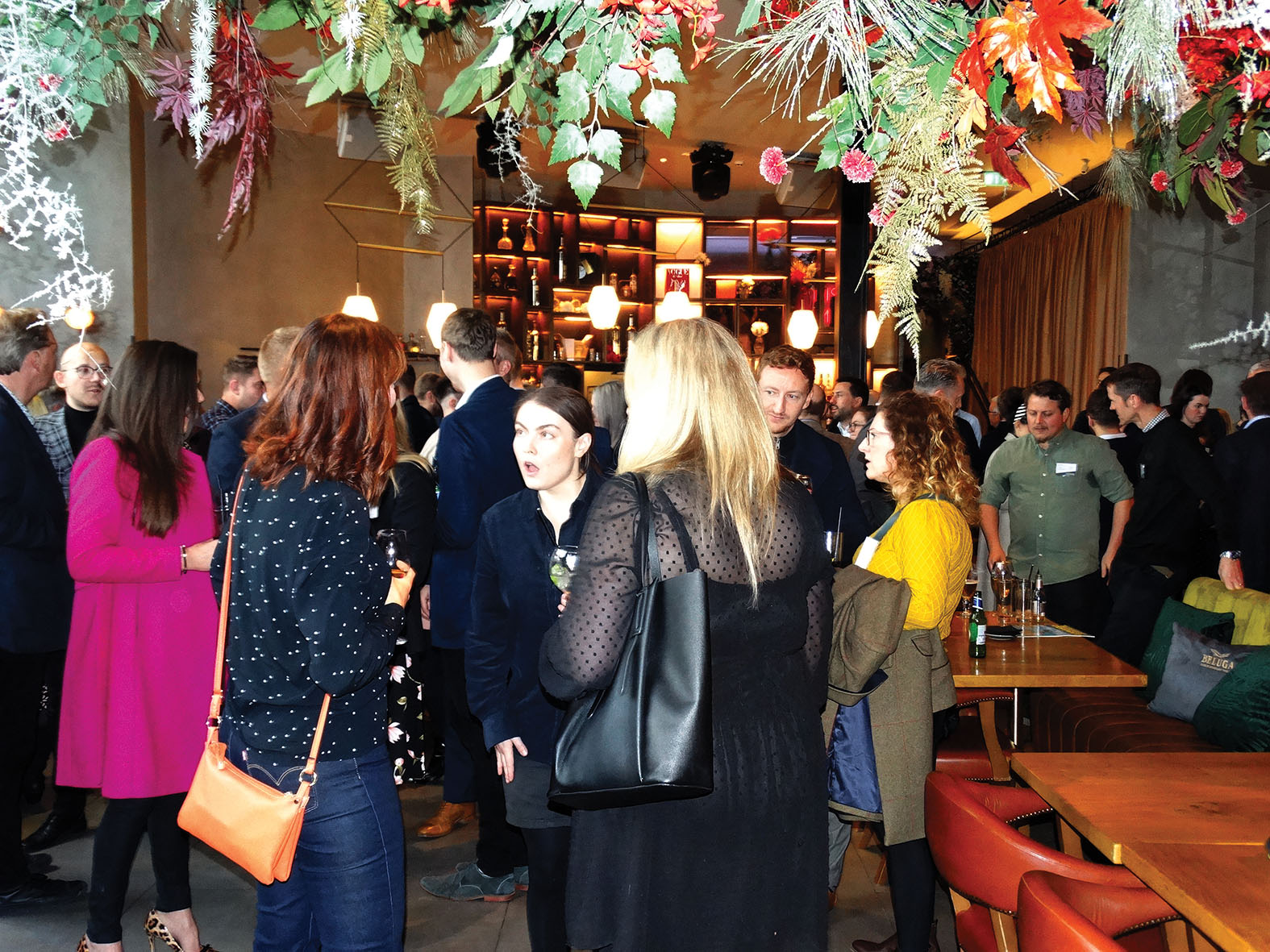 November saw the Third Thursday Club meeting for their monthly networking event in the heart of Leeds at...