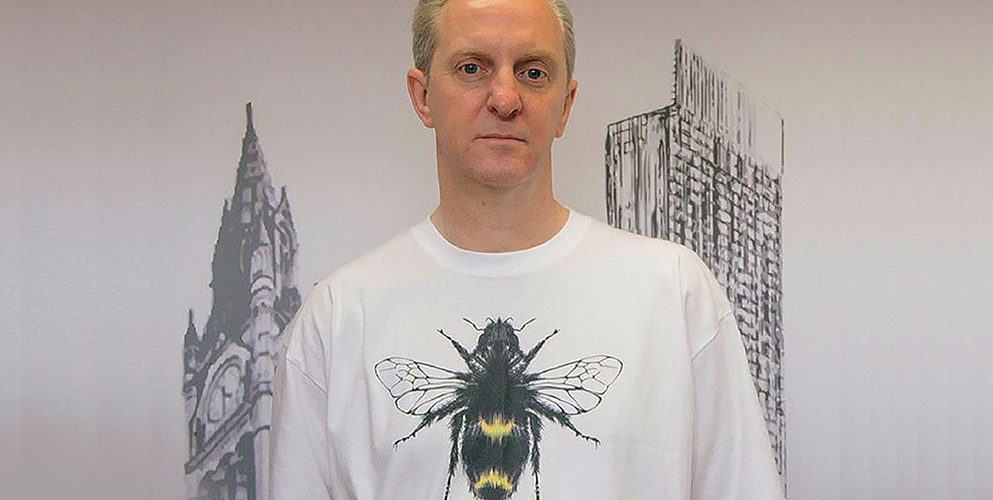 This is the Place – Greater Mancunians in Union
And there’s hard times again in these streets of our city
But we won’t take defeat and we don’t want your pity
Because this a place where we stand strong together
With a smile on our face, Mancunians Forever.

Manchester poet Tony Walsh has thrown his support behind a crucial new appeal for donations to support people in Greater Manchester through the current times of crisis, launched by local charity Forever Manchester. Taking inspiration from ‘This is the Place’, the poem Tony wrote for the charity in 2012, which then got the world to sit up and listen when he performed it on the steps of Manchester Town Hall in the aftermath of the atrocity of the Manchester Arena bombing in May 2017, the charity is now using the poem as a battle cry for unity, for standing together to support local communities in this time of need.

Forever Manchester launched the new Community Support Fund on Monday 23 March and has been swamped by applications. Community groups can apply for up to £1,000 to support them in new crucial work in their communities, as Greater Manchester people struggle to cope with the effects of the growing Coronavirus crisis.

Organisations looking for support include a group who work to develop social cohesion that is hoping to change its weekly meetings to provide phone based support for those who need it, a sports team that wants to provide emergency food packs to families who have lost work, a food bank that will deliver to vulnerable people at home to make sure they don’t go hungry and a film club that is hoping to deliver DVD packs to tackle loneliness caused by social isolation. The fund has been started using donations already made by local people and local businesses and has since been inundated with applications for support.

Additional funds are now urgently required, and local people who are in a position to donate are being asked to do whatever they can at www.forevermanchester.com/thisistheplace.

Tony Walsh appeals to Greater Manchester people: “I have supported Forever Manchester for the last 8 years and have seen firsthand the impact of the money they put into our local communities. There has never been a greater need for you to support them. With every single person in Greater Manchester being affected in some way by the impacts of the Covid-19, whether in terms of health, finances or general wellbeing – and this is not just going to go away and we  need more money now to support these people in our communities. Forever Manchester now needs to raise even more money so they can fund all the applications they’ve already had as well as all the ones they’ll receive in the future. We know times are tough but the communities where we all live, love and work need our support now, more than ever, so I am proud to back their call for donations to the fund.”

Forever Manchester chief executive Nick Massey comments: “The speed and volume of applications received in the last week for this new fund shows clearly how much this money is needed. Government help is promised, but cannot act at the speed that our local communities can when they mobilise themselves like this. In the short term we will be using the fund to support local people that we know are helping the most vulnerable during the outbreak. Initiatives such as food banks, organisations checking on vulnerable older people and mental health initiatives to name a few examples of the live-saving activity being taken on by people where you live.

“We need your help now.”

If you can help as a business or individual, more information is available here: www.forevermanchester.com/thisistheplace