Search our articles
You are here: News » Archived News » BITA series of events showcase the Isle of Man to overseas business leaders 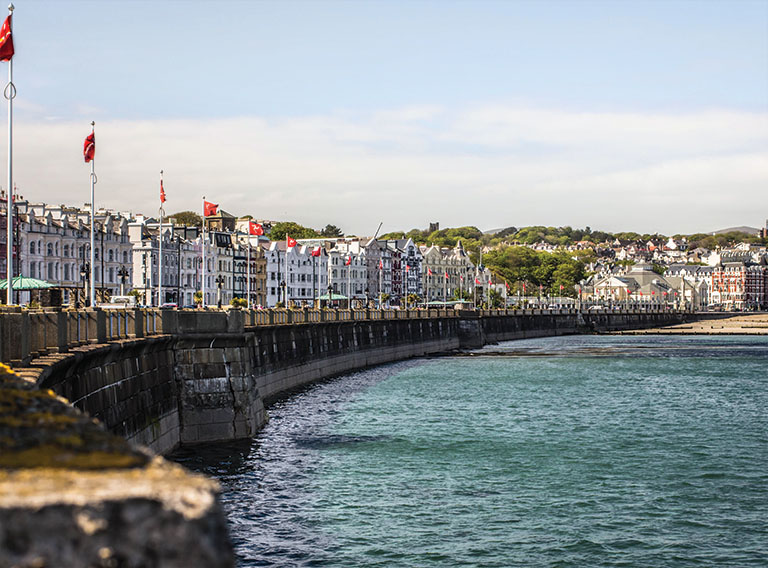 Business leaders from the UK, Ireland and USA experienced a fantastic range of business networking events hosted and organised by BITA (the British and Irish Trading Alliance). The 3-Day Spectacular which took place at the beginning of May was the biggest series of events organised by the Isle of Man Chapter of BITA since lockdown. Chapter Chair, Brendon Kenny, thanked all guests, plus the Isle of Man Chamber of Commerce, the Department for Enterprise, Beach Buddies, and the many local businesses and individuals that helped to create a packed programme of activities.

Visitors enjoyed social and networking events, plus visits to tourist attractions. Sustainability and related topics were themes running throughout the three days. The aim of the tour was to showcase the Island both as a visitor destination and as an International business centre. President of Tynwald, Laurence Skelly MLC was the guest of honour at the first event, a cheese and wine tasting evening (supported by Isle of Man Creamery and The Wine Cellar) at the House of Manannan in Peel on May 4.

The following morning the tour continued at The Claremont Hotel with a breakfast seminar organised by Isle of Man Chamber of Commerce. Anne-Marie Martin, Director of Global Business Networks for the British Chambers of Commerce (BCC) gave a presentation to Chamber and BITA members. The event, sponsored by Grant Thornton, also featured David Corlett, Head of External Relations at the Cabinet Office, who focused on new post-Brexit trading arrangements which offer potential opportunities for Island businesses.

In the afternoon guests had lunch at Bradda Glen, and took part in a sustainability-themed seminar led by Beach Buddies’ founder, Bill Dale BEM. That included contributions from Brendon Kenny who spoke about the environmental risks posed by plastics, and the potential that the Isle of Man has to lead by example with innovative solutions to tackle the problem through engaging with likeminded organisations such as Changing Streams CIC and many other companies on the Island.

Joney Faragher MHK – Leader of the Manx Labour Party – took part in a Q&A session which covered a variety of issues relating to climate change and the Island’s net-zero targets. Jennie Thompson, a BITA Isle of Man Chapter Board Member and Executive Director at Ellanstone Ltd, said the 3-Day Spectacular had been very successful with around visitors from businesses representing a broad cross-section of sectors including finance, construction and the entertainment industry.

None had travelled further than Dean Koocher from Rhode Island, USA. He’s Managing Director of the New York-based company Kidstream (an award-winning business which offers unique, carefully curated, educational, on-demand, commercial-free TV shows for children). His journey to the Island is a good example of the international reach of BITA’s business network which, in addition to regional Chapters across the British Isles, also has a global forum. Dean was introduced to BITA, and the Isle of Man, by Paul Hardman (Joint Owner of Flix, the state-of-the-art animation studio based on the Island). Flix’ impressive portfolio includes the popular BBC CBeebies show, Dog Loves Books. Dean said that Kidstream was considering relocating its world HQ to the Island because of the advantages it offers, both as an International business centre and in terms of the quality of life.

He said: “It’s my second visit to the Island, I came here in September last year. I enjoy just being here. It’s a great place with great people. I feel the Manx Government has been welcoming and supportive to Kidstream relocating, and that is a big thing for us.”

Paul Hardman commented: “One of things we’re keen to promote is that the Isle of Man sits in a prime location between two strongholds of animation – the UK and Ireland. There are a lot of opportunities here to work with the industry in the UK and Ireland, and that’s one of the reasons we’re here today to support BITA.”

The 3-Day Spectacular concluded on Friday (May 6th) with a round of golf at Mount Murray, followed by a business networking lunch at the Comis Hotel with the guest of honour, His Excellency Lieutenant General Sir John Lorimer KCB DSO MBE. He was joined by VIP guests from the Isle of Man Government including Chief Minister Alf Cannan MHK and Enterprise Minister Dr Alex Allinson MHK, plus representatives from many UK businesses.

In addition to being a social and networking event, BITA shared that the occasion also assisted three charities dedicated to supporting veterans – Rock 2 Recovery, The Manx Legion Club and Heroes on the Water. BITA IoM are proud to be working with MMC offering PR & Media support.

BITA – founded in 2012 – is a non-profit networking organisation that encourages its members to build relationships to generate business through educational and social events held in the UK, Ireland, and Isle of Man. The organisation has regional Chapters across the British Isles, including the Isle of Man Chapter which was launched in 2018.

Come fly with me (us!)
It wasn’t all down to earth business, and a bit of aerial networking (and island sightseeing) was appreciated when Andy Thompson from Nxcoms decided to take to the skies. As both a helicopter and plane pilot, Andy booked an hour’s flight with fellow pilot Tom Bean from Yellow Helicopters based at The Private Jet Centre. This was the perfect opportunity to fly around the Island and take in the coastal views. Also invited to sit in the back seat was precious cargo Paul Mirage of Business Connect Magazine. Paul commented: “Why fly with one pilot when you can take two!” 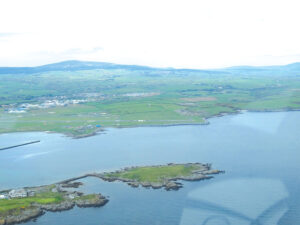 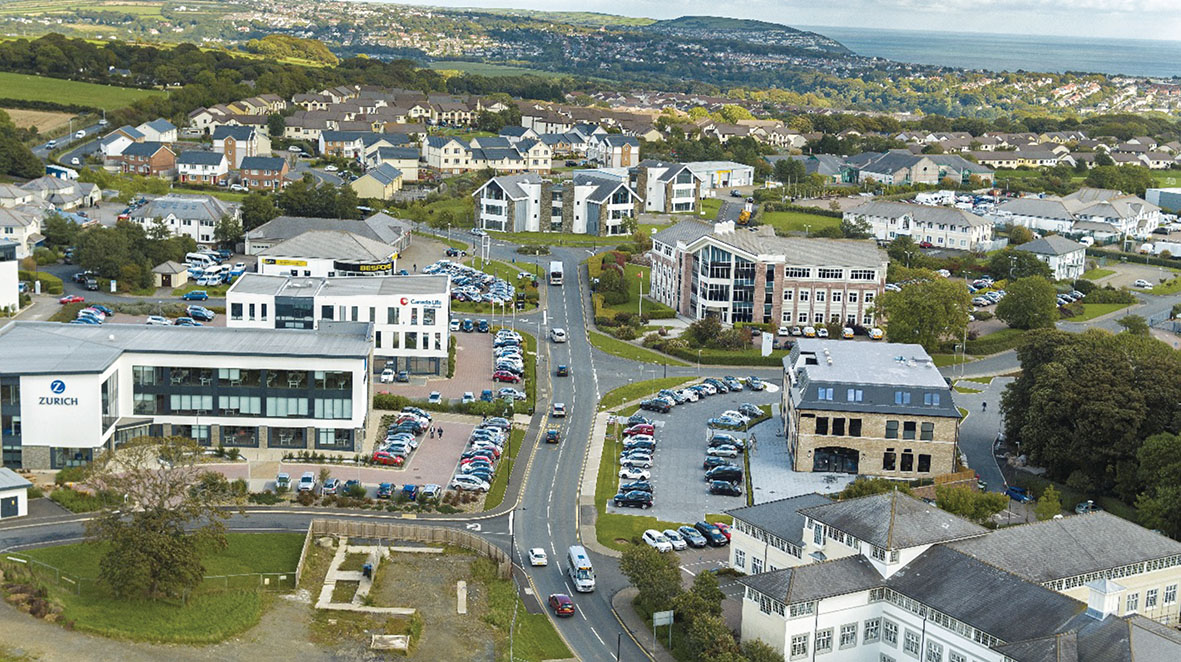 Can you do business with the Isle of Man?

Business Connect Magazine have packed their bags and ventured across the Irish Sea to take a look at...