Search our articles
You are here: News » Archived News » A look at Goat’s Milk + 100,000 donors campaign

K-Club breakfast events are held five times a year at the AJ Bell Stadium in Salford, and are designed to allow guests the opportunity to meet other like-minded entrepreneurs and
senior business leaders in a club environment. As well as networking at the events, the guests enjoy a full English breakfast followed by two inspiring speakers. The event at the end of June featured Ed Salt, Managing Director of Delamere Dairy, and Peter McCleave, Vice President/Global Operations Manager for RBS Business.

Ed was first to take to the podium, and he began with a brief history of his business and how he thinks. Delamere Dairy began in 1985 when a husband and wife duo who had a passion to farm, made the purchase of three goats. They couldn’t afford to buy in to cows so had the outré notion to go goat. They then moved to Knutsford in 1993 to build a new purpose-built dairy to make yoghurt, and the business developed from there. Ed talked about having to make a key change to their business model that was made out of necessity rather than shrewd strategy. They outsourced production to other co-packing sites around the country. Ed joined Delamere Dairy in 2003 after working in various industries, including a boat yard and the funeral trade. Soon after they launched a brand of pet milk ‘Top Life’ and purchased Pure Milk Ltd – a sterilised milk business. In 2008 he orchestrated a management buyout, despite the financial crisis and the very niche nature of the business.

They then decided to open an office in Hong Kong and sell across the world, with the view that goat’s milk was better for lactose intolerant people. This lead to a Food and Farming Award and the Queen’s Award for Enterprise. At their peak in China they were doing 100 containers per month into Shanghai and through a TV shopping show. This was where the business model changed very quickly. The Dairy was doing well with their exports but prices had to be lowered, and along with this the risk started to increase with bigger investments in the one product and marketplace.

After changing their business model, and increasing the product range, today they have a £25 million turnover with the business split between products in a 30/30/30/10 ratio. The risks on having one exported product have been reduced, and they are far more robust as a business. They have 20 different facilities around Europe; dealing with every supermarket in the country and exporting to 25 countries around the world including the Far East, India, Australia and USA who are their biggest butter consumers. Ed moved on to discuss values in business, and how at Delamere Dairy they decided to let the staff create those values of Health, Fun and Responsibility. The mission statement is to create an alternative dairy product that is nutritious, ethical and sustainable.

The beauty of their business model, he stated, was in their ability to build their sales on demand rather than capacity across their product ratio split. Looking at trends they can sell accordingly, for example the world of vegetarian, vegan and ‘flexitarian’, led them to have 30% of the business as plant-based products – that aligned with demand for products. 15% of turnover is from products developed in the past two years, and they are continually developing – for example they have just presented 28 new products to Marks and Spencer. Population splits also show interesting data for business, he stated. In terms of how businesses were run, not only what products they made. Trends are being predicted now by the ‘fair trade’ and animal welfare ethics of Millennials, Generations X and Y. Importantly, he demonstrated that as a business, they invested in their people including staff and also partners and farmers, ensuring that everyone is earning and being profitable from their products – making the case for a continued relationship with Delamere Dairy. From their 23 staff, there were only 11 days sick leave last year. It’s a matter of culture, he said. “We need to provide a culture where people feel nurtured.”

Stating that he did not believe in ‘leadership and followers’, he advocated instead for stewardship, where their responsibility was to protect, preserve and enhance. Farmers tend to hand farms on through generations of family, which is a perfect example of the importance of sustainability. Profit is seen as the outcome of doing the right job with end to end sustainability. Going forward, Delamere Dairy is also working on further reducing their carbon footprint and are looking positively to the future in terms of UK economic growth. The biggest challenge he said, was in feeding the world where the population is ever-growing at a rate of 250,000 babies born per day – meaning that demand for food will double in the next 20 years. “Massive waste and water use, biodiversity loss, obesity and famine are among the many issues we face. We need to think ahead to how we use resources and change our methods. At Delamere Dairy, we are striving to lead the way on agricultural change.”

Next to speak was Peter McCleave. As an expert in investment banking, Peter didn’t talk about his professional life, but instead gave an inspiring address about his own personal fortitude in the light of a life changing illness. Peter spent 12 years in London running business units for Goldman Sachs and Bank of America. He moved to the North West 5 years ago when asked to migrate a number of Operations functions to Chester and India. As well as a career in banking Peter enjoyed sport as a tri-athlete, and he described how, when being at the peak of physical fitness, that he was taken ill very quickly and diagnosed with blood cancer. Peter gave a very frank and inspiring view of how this affected himself and his family, but also described it as the catalyst for the creation of 10000donors.com. The aim was to get 10,000 new stem cell donors registered to the global list. That target was achieved in 5 months and to date, over 26,000 new donors have been added and, more importantly, 5 of those donors have been called up to save the lives of cancer patients. A new target of 100,000 has been set which – when achieved – will be increased again until matching stem cell donors are available to us all. 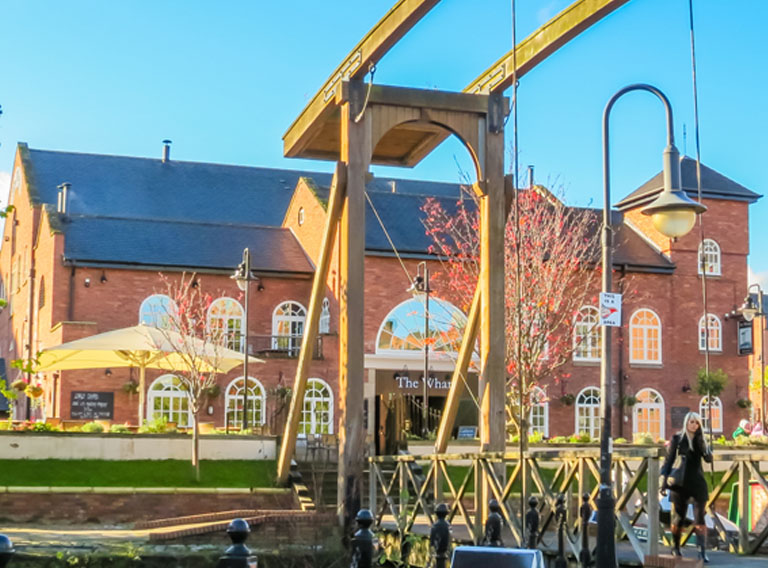 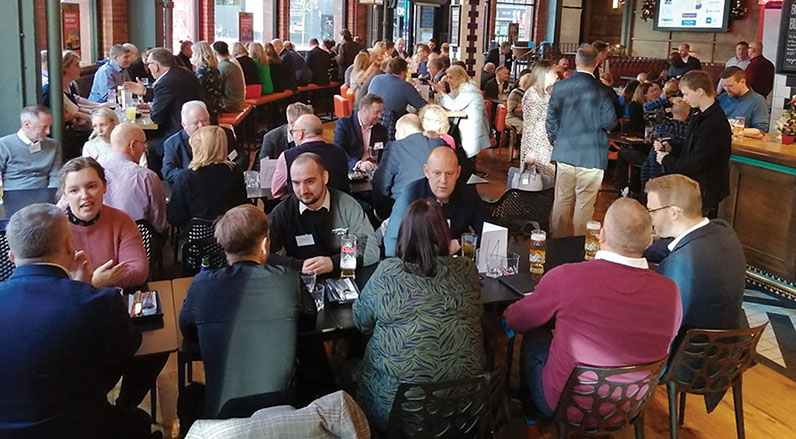